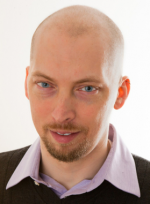 Business Name: Enso Acupuncture & Healing Arts
Name: Brian Kelly
Street Address: 119 West 23rd street
City: New York
State: NY
Zipcode: 10011
Website: http://www.ensoacupuncturearts.com
Phone: (347) 857-9699
About: My name is Brian Kelly, I’m a licensed acupuncturist from New York City. I have a passion for health, healing and optimal longevity and I strongly believe that your health is the single most important asset you will ever have in your life. It is the responsibility of every person to protect and cultivate his or her own health as best he or she can, and I want to help people on there journey for optimal health.

I was born with a rare liver disease and my parents were initially told that I would not make it to see my first birthday. Luckily they did not accept that answer and instead sought out some great surgeons and doctors who were able to keep me alive. Inspite of surviving to see my first birthday, I was still very sick growing up up as a child. They didn’t cure me of my liver disease they just patched me up and gave me some time to wait for advances in Western medicine that could hopefully cure me later down the road.

My first 16 years of life were spent batting many health complications and constantly getting sick. It felt as if I spent a lot of time in and out of hospitals – many times for long stretches – and there weren’t many medical procedures that I didn’t undergo.

Every year, my liver and my health deteriorated more and more until at the age of 16. The medical community had been doing liver transplants for some time at that point and there was a new anti-rejection drug with fewer side effects. By 16, my liver was tired after being sick and working so hard for me. It was these factors that led me to having a liver transplant.

It was after the recovery of my transplant that I became increasingly interested and passionate about health, fitness, nutrition, and longevity.

I had also from an early age developed a curiosity and strong interest in Eastern religion and philosophy. Those interests coupled with my post transplant passions eventually led me to acupuncture as my vocation.