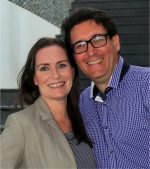 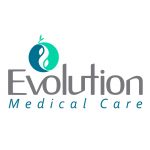 In 2002, Phil realised that there were strong correlations with the underlying health problems of his patients and the pre-existing surgical or accidental scar tissue elsewhere on the patient’s body. This scarring would cross meridians which clearly demonstrated a solid link to their overall lack of health, some refer to this as Sho. Consequently, Phil discovered and developed a range of techniques using the “Yanagishita” teishin, a gold teishin, or Shi Zhen which is mentioned in the Miraculous Pivot & the Suwen, it is one of the 9 classical needles.
As a result, this amazing technique quickly reduces any form of scar tissue, including keloids, from a severe hindrance of reduced conductivity to enabling the free flow of Ki, so that the scarred skin more closely resembled the surrounding skin tissue reverting to it’s natural skin colour. The damaged tissue was revitalised in the affected area and had regained the lost tactile sensations and reduced the size and malformation of the damaged site.This resulted in a workshop presentation at the 2007 AACMAC in Brisbane.

Philip is conducting Scar Rejuvenation training workshops in Europe, Ireland & the UK in 2014. The USA workshops are being planned for 2015.

Business Name:
Affordable Acupuncture
Name:
Angie Savva
Street Address:
Suite 7, 324 Marrickville Road
City:
Marrickville
State:
NSW
Zipcode:
2204
Website:
http://www.affordable-acupuncture.com.au
Phone:
0403 945 325
About:
At Affordable Acupuncture, we have a team of highly qualified practitioners who excel at:
* Providing gentle, effective and powerful techniques to help you heal your health issues from their core, rather than just treating the symptoms
* Dramatically reducing your stress levels whilst improving your sleep, energy and mood
* Providing a deeply nurturing, caring, private and safe space for you to relax and get in tune with your own body
* Drawing on a wide range of knowledge and experience to tailor a healing plan that is individualised to you and your specific needs.
* Empowering you with skills and knowledge to continually improve your health