Torin Yater-Wallace, an 18-year-old U.S. freeskier, recently competed in the Sochi Olympics in the event’s first ever men’s ski halfpipe. Though he made the U.S. team, it was a long road. In the beginning of December, Yater-Wallace suffered from a collapsed lung that sidelined him from competitions and led to a weeklong stay in the hospital. Dry needling likely caused the injury. 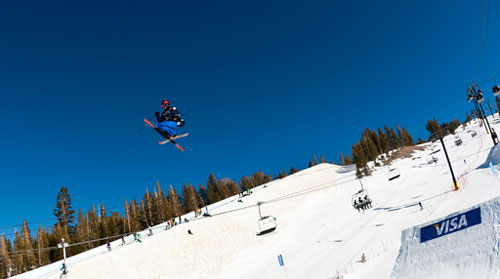 Yater-Wallace went to physical therapy where he received dry needling. He told USA Today, “just later that night I was randomly trying to breathe and I had pretty bad pain in my sternum and the next day I ended up in the hospital.” While in the hospital, doctors performed surgery to place a tube between his ribs to drain the collapsed lung.

This isn’t the first Olympian to suffer a pneumothorax at the hands of an undertrained practitioner. In fact, Weekly Cup of Qi discussed the case of Kim Ribble-Orr, a Judo competitor, who experienced a career ending injury and subsequent infection from an unqualified acupuncturist.

Though there have been recent rulings preventing physical therapists from performing dry needling without a license, the dangerous practice is still prevalent in many states. Individuals offer the therapy with as little as 16 hours of training, as opposed to the thousands of hours of education required for acupuncturists to obtain a license.

Incidences such as this put acupuncture in a negative light and threaten the integrity of the profession. When under the care of a licensed practitioner, patients will experience little to no side effects and gain all of the benefits of the holistic practice. To ensure your safety, visit our directory of licensed acupuncturists and locate a qualified practitioner in your area.