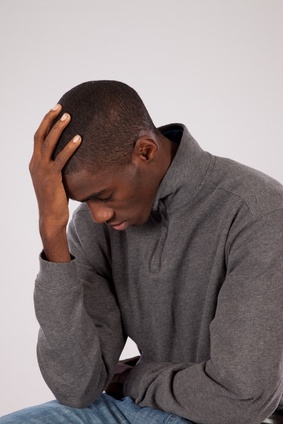 Acupuncture has been making headlines once again due to a new study that suggests the treatment can be just as effective as counseling in combatting depression. Led by Hugh MacPherson of the University of York in the UK, researchers split up 755 people with moderate to severe depression into three groups: those who received acupuncture for 12 weeks along with usual care, those who received counseling for 12 weeks along with usual care, and those that received usual care only. At the three-month mark, only those in the acupuncture and counseling groups experienced a significant reduction in depression symptoms. In addition, there was no significant difference between the counseling and acupuncture groups, suggesting that they are equally as effective.

MacPherson told Reuters, “For people who have depression, who have tried various medical options, who are still not getting the benefit they want, they should try acupuncture or counseling as options that are now known to be clinically effective…Clearly acupuncture is a new option.”

Another study published in the Journal of Obstetrics & Gynecology focused on pregnant women suffering from major depressive disorder. This population cannot typically take antidepressants or other pharmaceuticals. The women in the study either received general acupuncture, acupuncture specific to depression, or prenatal massage. The group that received acupuncture experienced the most improvement in the symptoms of depression. After only 12 acupuncture sessions, the majority no longer met the diagnostic criteria for depression.

One of the study authors stated, “The acupuncture protocol we tested yielded a response rate comparable to the rates observed in standard treatments for depression and was associated with relatively few and mild side effects.”

Researchers at the Yale University School of Medicine uncovered an interesting finding when examining the use of auricular acupuncture on patients with post-operative anxiety. The study, published in the Journal of Anesthesia & Analgesia, found that participants who received acupuncture experienced key alterations in their serotonin levels. Serotonin levels in the brain are also tied to depression.

A researcher wrote, “Body acupuncture was previously suggested to alter brain neurochemistry by affecting the release of neurotransmitters such as serotonin. This is of importance as multiple studies have indicated that serotonin may play a key role in determining emotional states in humans.”

Due to the results of these and similar studies and the World Health Organization’s classification of depression as one of the “diseases, symptoms, or conditions for which acupuncture has been proved through controlled clinical trials to be an effective treatment,” acupuncture is finally being recognized as a viable option in the treatment of depression.

Some Western medical doctors are beginning to refer patients suffering from depression to acupuncturists. As acupuncture further makes its way into the spotlight this can be an increasingly more common practice. Acupuncture offers relief from depression without the side effects of pharmaceutical interventions.

If you suffer from depression keep in mind that alternatives, such as acupuncture, exist. Do not abruptly stop taking any medications until you consult your physician and always visit a licensed acupuncturist to receive the full benefits of the healing modality in a safe environment.