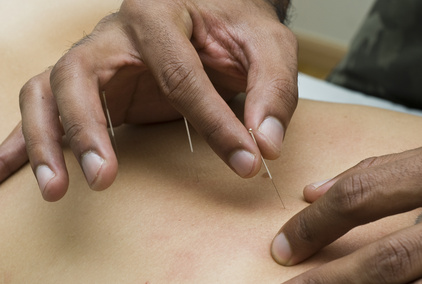 My heart goes out to Canadian Olympian Kim Ribble-Orr who recently suffered a collapsed lung and a subsequent crippling infection after undergoing acupuncture at the hands of an undertrained massage therapist. The National Post published an article chronicling the Judo competitor’s devastating experience, which illustrates the importance of visiting a licensed acupuncturist.

After a 2006 car crash, Ribble-Orr suffered from severe headaches. Her massage therapist, Scott Spurrell, informed her that he could diminish her headaches by inserting an acupuncture needle into a muscle located between the collar bone and ribs. Soon after the treatment, Ribble-Orr experienced chest pain and trouble breathing. She returned to the clinic where Spurrell told her that the side effects were most likely caused by a muscle spasm. He informed her that a visit to the hospital wasn’t necessary unless the symptoms worsened. According to the National Post, Spurrell argued at his disciplinary hearing, “that it would be unreasonable to expect therapists to advise patients to go to the hospital whenever they reported symptoms like Ms. Ribble-Orr’s.”

When the pain didn’t diminish by the next morning, Ribble-Orr went to the emergency room where the doctors determined she had a pneumothorax (collapsed lung). The collapsed lung then led to both lung and blood infections. The former Olympic athlete was in the hospital for two weeks and only recovered 55% of her lung function in the permanently injured organ.

39-year-old Ribble-Orr now gets winded walking up the stairs and must use an inhaler. She can no longer fulfill her plans of competing in mixed martial arts or entering a career in law enforcement.

“It just ruined my life, it just changed it drastically,” said Ribble-Orr. “I had six knee surgeries [while competing in judo]. Doctors counted me out so many times, told me to quit. They were frustrated I wouldn’t stop… But this thing actually beat me and it’s hard to swallow.”

Spurrell completed acupuncture “training” at McMaster University in Ontario, Canada over the course of five three-day weekends and 174 hours of home study. While Ontario recently created a college in order to regulate traditional Chinese medicine, including acupuncture, doctors, chiropractors, physical therapists, registered nurses, massage therapists, and others have been able to practice the healing art with minimal additional training.

An Ontario court ruled that an acupuncture needle in the chest was “unnecessary and ill-advised.” Last week, the court also upheld Spurrell’s one-year disciplinary suspension imposed by the College of Massage Therapists’. Though Spurrell argued that the pneumothorax could be due to other reasons and that his acupuncture treatment was appropriate, a top Canadian lung specialist testified that inserting a needle into that area of the chest was extremely dangerous and the collapsed lung was the result of the acupuncture needle’s placement and depth of penetration. While the complication is rare, it is very real.

In order to obtain a license in the United States, an acupuncturist must complete at least 2,000 hours of training, pass a national board exam, and in some cases a stringent state exam. Spurrell and other non-licensed acupuncturists have only undergone a fraction of this education. Five weekend courses and 174 hours of home study are not adequate. It takes years to learn the diagnostic criteria, acupuncture points, safety protocols, Chinese medicine philosophy, and needling techniques. Plus, a fully trained acupuncturist knows how to handle potential issues, such as Ribble-Orr’s, when they arise.

Perhaps the most disturbing aspect of incidences such as this, is that massage therapists, chiropractors, medical doctors, and physical therapists are not required to complete at least 500 hours of hands-on, supervised, acupuncture on actual patients. After spending 500 to 700 hours performing acupuncture under the guidance of a licensed, knowledgeable instructor, fully trained practitioners have experience under their belts. Spurrell obviously did not.

It’s news stories like this that tarnish acupuncture’s centuries old reputation. If the public is not educated concerning the differences in training among practitioners, we are not preserving the value of licensed acupuncturists (L.Ac.).

Connect to a fully trained and licensed acupuncture practitioner today at the Try Acupuncture directory. My team and I vet each and every acupuncturist before adding them to our network. Ensure that your acupuncture experience is safe, relaxing, and effective by visiting one of our qualified acupuncturists.