When 32% of all US births result in cesarean section, it’s time to look for optimal ways to heal from this experience, physically and emotionally, for the health of mom, baby and family.

A thousand’s of years old concept called Qi is loosely translated to “energy” and it moves and flows throughout our body. A surgery of any kind will impact the flow of Qi. Qi blockage is often felt as numbness, tingling and/or pain and often is the answer to the unexplainable sensations in our bodies that modern Western medicine reports as normal. So what happens to our flow of qi during and after cesarean birth? 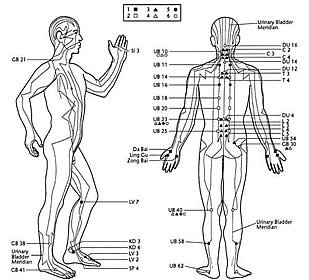 Qi stagnation is a common Chinese medical diagnosis during acupuncture treatment. Stagnation can be caused by trauma, overuse, stress, and surgery. If you can imagine a flowing river with a big boulder in the middle of it, causing the water to reroute, this is what happens to our qi when there is a blockage of flow. The solution for long-term relief is to work to slowly and steadily decompose this boulder, while looking up and down stream to prevent any more debris from building up. These rivers of qi occur all over our bodies along lines called meridians. There are 12 regular meridians in the body, though qi can be blocked anywhere in the body. Each of these meridians flows qi within the body and then connects to an internal organ, providing function and health to the organ. The entire meridian is named after the organ it connects and fuels.

The abdomen includes the meridian systems of the spleen, stomach, kidney and the conception vessel (ren). The modern horizontal, “bikini” incision for a cesarean section divides through at least the conception vessel, kidney, and stomach channels, and may include the spleen as well. That is a significant number of meridians considering this incision may be as small as 6 inches. The numbness that often accompanies recovery and may last a lifetime can be explained as the flow of qi not recovering properly in one or multiple of these meridians. Pain at the surgical site needs to be evaluated by a surgeon post c-section. If the surgeon reports all is well, that’s when we take a look at the health of the qi. We also look at flow of qi in the abdomen when a woman is struggling with fertility. Optimizing qi flow is essential for conception.

Modern, Western medicine wants to know how acupuncture works and cannot see qi or meridians on modern imaging systems. They have recognized that acupuncture will speed the recovery post surgery by increasing blood flow to the area of incision, which decreases pain and numbness and reduces scar tissue.

An acupuncture session post cesarean birth can take place as soon as the woman is comfortable enough to get to the office to receive a treatment. In China, acupuncture is currently being used during a c-section for anesthesia (along with pharmaceutical anesthesia) and post operatively immediately after surgery. The sooner the acupuncture can be administered the better. That said, women still have resolution of numbness in the surgical site with acupuncture many years after the birth.

The acupuncture treatment requires small, stainless steel needles both at the surgical site and along the meridians, most likely on the legs and hands. The ear is also an area that may be used in treatment as it is a model, or micro system, of the whole body and can treat the surgical site as well. This works well for women who may not be ready for the surgical site to be directly treated. Adjunctive therapies such as moxibustion may be incorporated as well, which provides heat via burning the herb mugwort to speed up healing. Needles are retained for 20-40 minutes during which time mom may nap and deeply relax. The amount of treatments required varies depending on the severity of the incision and the ability of the patient to rest and heal.

Women preparing for VBAC (vaginal birth after cesarean) can greatly benefit from using acupuncture to prepare for a subsequent pregnancy and birth. The best time to use acupuncture is prior to becoming pregnant again, which allows the acupuncturists to most effectively treat the uterus and break down scar tissue. Once pregnant, there are benefits to using acupuncture to prepare for VBAC as well.   Moxibustion has been proven to turn a breech positioned baby and to optimize baby’s position (breech or posterior) to avoid cesarean section and is helpful in the third trimester.

It is also helpful to see an acupuncturist to prepare for the planned cesarean. An acupuncturist can put small, stainless steel ear balls taped to the outside of your ear. Check with your surgeon, it should be no problem to have these ear balls on your ears during surgery to allow for a more rapid recovery and peaceful surgery.

Acupuncture is also useful for the emotional component of recovering from cesarean birth. Many women hope to avoid surgical interventions with birth. Whether the surgery was planned prior to labor or occurred after days of laboring, women can experience a range of deep emotions after a c-section. Along the midline of the front of the body is a meridian called the conception vessel, one of the extra meridians of the body. It’s partner meridian runs down the spine and is called the governing vessel. The conception vessel is said to originate in the uterus in women. According to Li Shi-Zhen “The conception vessel and the governing vessel are like midnight and midday, they are the polar axis of the body…there is one source and two branches, one goes to the front and the other to the back of the body…When we try to divide these, we see that yin and yang are inseparable. When we try to see them as one, we see that it is an indivisible whole.” When we consider a surgical procedure to the uterus, dividing these essential vessels, it makes sense why women may feel “not whole” afterwards. While talk therapy can be essential and medication necessary for some women, acupuncture can be a vital adjunct to healing the emotional response post cesarean birth. We work to regain balance of these essential meridians, and help the mother, and the family, to feel whole again. 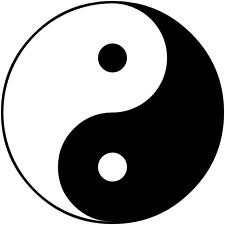 Kerry Jenni MS, L.Ac., is a licensed acupuncturist and mom of two in Montpelier, Vermont and graduate of Bastyr University. Her practice, Integrative Acupuncture and Oriental Medicine, aims to help people with all types of pain using traditional Chinese medicine.   For more information see www.integrativeaom.com and facebook.com/integrativeaom